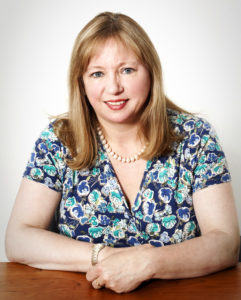 A graduate of the University of Edinburgh, having studied Music and English, Carol is a Board Member of Creative Scotland and a Governor of the Royal Conservatoire of Scotland, Chair of The Night With…, Vice-Chair of the Traditional Music Forum and a board member of the European Federation of National Youth Orchestras. Carol has also served on the boards of the Association of British Orchestras, Voluntary Arts Scotland and the Edinburgh Festival Fringe, of which she was a director for almost 20 years. She is a past Chair of both Enterprise Music Scotland and Hebrides Ensemble. Carol also works as a freelance journalist, mainly as founding Classical Music Editor of The List, music critic for The Scotsman and a restaurant reviewer for The List Eating and Drinking Guide.

Carol was awarded an MBE for services to music in 2015.

Patron, President & Board of Trustees

Board of Trustees Chair: Amanda Forsyth

For more information about our sister organisation, Live Music Now Ltd, and its work in England, Northern Ireland and Wales visit livemusicnow.org.uk

More in this section

Find out more about our work and how we might bring music to you and those you work with.
Contact the Team

How LMNS is providing music and opportunities for people across Scotland.

Babies and toddlers can discover traditional Scottish tunes from an early age, thanks to interactive performances with LMNS artists.

In support of #ClassicalCOP26 we feature our range of sustainable focused projects.

A music residency in an Edinburgh early years centre allows children to develop their language skills through music, dance and percussion.