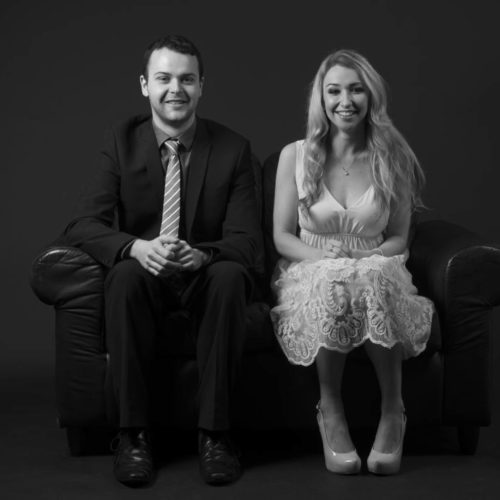 Ainsley Hamill and Alistair Iain Paterson have performed as a duo since meeting more than 10 years ago whilst students at the Royal Conservatoire of Scotland. For several years they collaborated together in the band Barluath, and both have been finalists in the BBC Radio Scotland Young Traditional Musician of the Year. They joined Live Music Now Scotland in 2014 and together they blend a diverse mix of traditional and self-penned songs in English and Gaelic.

Mix Heather Small & Julie Fowlis and you’ve got one of the UK’s leading and most diverse singers – Ainsley Hamill has a long list of nods including ‘Gaelic Singer of the Year’ finalist at the MG ALBA Scots Trad Music Awards. Ainsley performs with band Fourth Moon as well as doing session work for various projects. 2021 sees a new direction for Ainsley with the release of her debut feature album ‘Not Just Ship Land’. Produced by BBC composer Malcolm Lindsay, the album is inspired by the surroundings and unsung heroes of Govan and Glasgow.

“Piano and harmonium wizard” Alistair Paterson is one of the most popular accompanists on the traditional music scene, having featured on more than 20 albums to date. Alistair was awarded the Martyn Bennett Memorial Scholarship as a student, and with Live Music Now Scotland he won the 2016 Saltire Society International Travel Bursary for Music. He currently plays with Skipinnish, who recently sold out several major venues on their 20th anniversary tour including Edinburgh’s Usher Hall and Glasgow’s Barrowlands.