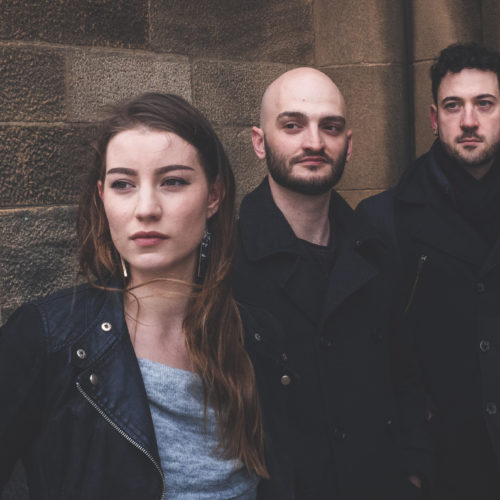 Elir was formed in Glasgow’s vibrant and eclectic music scene. Featuring Niamh MacKaveney from Scotland (vocals & fiddle), David Lombardi from Italy (fiddle) and Jean Damei from France (guitar), the trio have taken influences from each country and merged it with a backbone in Traditional music to produce a unique sound.

Niamh MacKaveney graduated from the University of Glasgow with a Bachelor of Music Honours degree, studying violin under the tuition of Greg Lawson and Gabi Maas, and Gaelic song under the guidance of Mairi MacInnes. Whilst studying, Niamh developed a flare for many different traditional music styles and ways to incorporate them into the medium of Gaelic song. Prior to moving to Glasgow to study music, Niamh had already achieved numerous Gold medals in the National and local Mod competitions and is a regular tutor with Feisean nan Gàidheal.

Originally from Ardèche in the south of France, Jean found himself primarily studying Jazz guitar for the majority of his upbringing. Through various projects Jean developed a love for traditional music and without a second thought, moved to Ireland. He later gained a Bachelor with Honors in Irish Music and Dance, which was then followed by a Masters in Irish Traditional Music Performance both at the Irish World Academy of Music and Dance at the University of Limerick (IRL). Out with Fourth Moon, Jean can be seen performing with Event Horizon and teaching at the Online Academy of Irish Music (OAIM).

David Lombardi began studying the violin at the age of five under the guidance of Maestro Anna Daffunchio and he graduated with honours at the Conservatory of Music A. Vivaldi in Alessandria, Italy. Later he graduated in viola with Maestro G. Mosca at the same institute. His interest in the musical traditions of the Celtic countries led him to Ireland, where he attended a four-year course in traditional Irish music at the Irish World Academy of Music and Dance in the University of Limerick. Later he moved to Sweden to deepen his knowledge of Scandinavian traditional music and attended a Masters in World Music at the Royal Conservatory in Stockholm. The exploration of various styles of traditional music and the experience gained by merging different musical genres such as classical music, rock, blues and electronics, made David a musician with a unique sound and in great demand as a performer, teacher and studio musician.