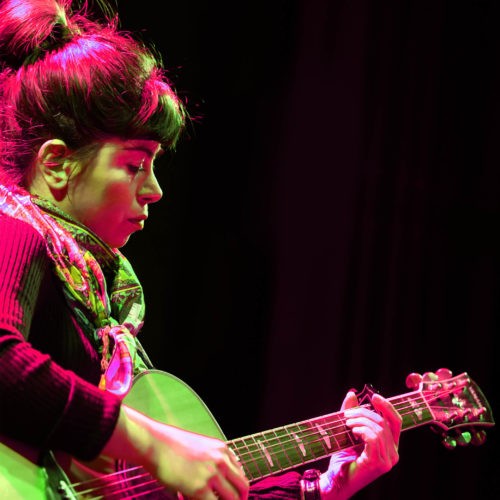 Farzane Zamen is an Iranian singer-songwriter and music producer based in Glasgow-Scotland. She has written and recorded in varied styles that include the Farsi songs of her homeland as well as progressive electronic music, shown off in her EP "Z Bent". In 2017 she was awarded a prestigious Artist Protection Fund fellowship for artist residency hosted by Centre for Contemporary Arts of Glasgow.

Before moving to Glasgow Farzane worked as an underground musician in Iran without having the opportunity to perform in public because of the Islamic laws applied in the country. After the revolution in 1979 women’s solo voice was banned and many of artists and singers had to leave the country. Nowadays female singers in Iran have to continue their artistic practise as underground musicians by streaming their music through online music services as Farzane did as well when she was in Iran with more than one million plays.

After moving to Glasgow Farzane has been very active in Glasgow’s music scene and found herself more as a performing artist. She has taken part in important music festivals and events in Scotland and Europe; Including Safe Havens Malmo-Sweden 2018, Celtic Connection Glasgow 2019, Edinburgh Iranian Festival 2019, Solas Festival, etc. Farzane describes her experience as a performing artist made a big change in her musical life, moving out and playing for real people who are interested in culture and diversity rather than sitting in her home studio and record her songs for publishing them on internet. She never performed folk songs before coming to the UK. Recently she plays a set of Persian and Azarbaijani folk music and with her own written songs. Frazane joined Live Music Now Scotland in 2020.