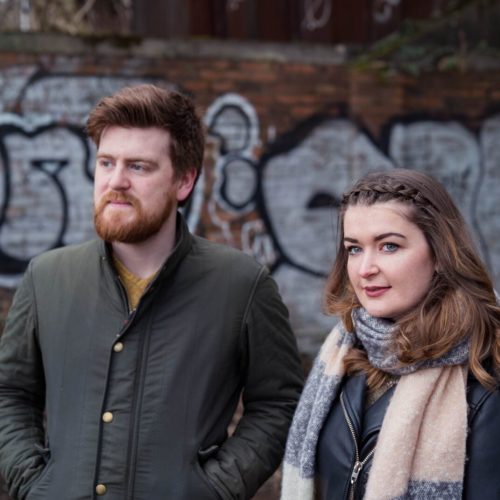 Josie Duncan and Owen Sinclair are a diverse folk-song duo made up of two voices, guitar and clarsach. From opposite corners of the North of Scotland, the pair bring their own flare to traditional songs with vocal harmonies and story-telling arrangements exploring Gaelic, Scots and traditions from the world round. The two regularly perform separately in many bands and together in innovative ‘Gaelictronica’ band INYAL where multitalented Sinclair plays drums alongside soft electronics, Gaelic song, fiddle and pipes. From ballads of heart ache and loss to industrial songs, Josie and Owen always focus on putting the story of the song across.
Josie and Owen joined Live Music Now Scotland in 2019.