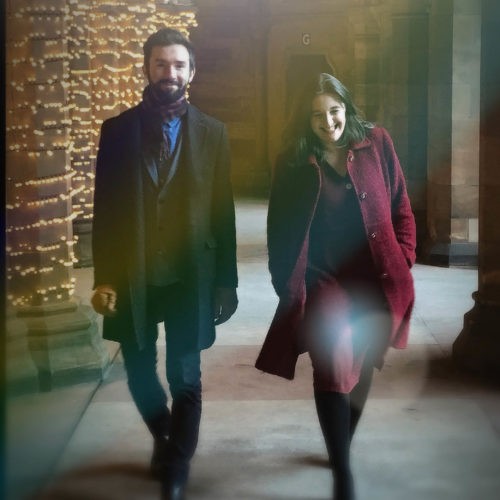 Beth Taylor trained as a classical singer for six years at Royal Conservatoire of Scotland, where she met Michał and gave him a heck of a hard time (and continues to do so), drawing repertoire from across the centuries and languages around the globe.

Her solo engagements take her all over Europe’s opera houses, concert halls and Zoom meeting rooms, but she equally enjoys spending time at home in Glasgow working in the community and collaborating with new musicians, whether they are seasoned professionals, singing along or picking up an instrument for the first time.

As well as performing several complete operatic works as a pocket piano orchestra, Michał also works as an accompanist and vocal coach for distinguished singers and choirs in Glasgow. In his spare time, he enjoys composing and arranging lesser-known music and dealing with divas like Beth.

New Horizons Duo joined Live Music Now Scotland in 2018, putting together concerts and workshops in schools, care homes and art galleries so far and look forward to whatever new musical adventures and collaborations come their way.