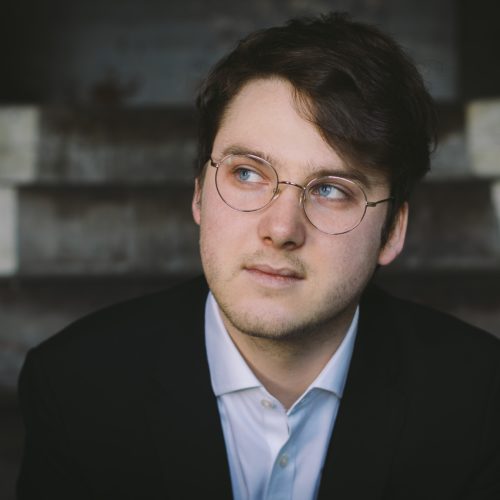 Described as a pianist of “culture and refinement” by the Liszt Society and a ‘a tour-de-force’ by ESM, award-winning pianist Phillip Leslie is emerging as a thought-provoking and creative artist and has performed as a soloist and collaborative pianist at venues such as St John’s Smith Square, Steinway Hall & Wigmore Hall. As a Park Lane Group Artist, he made his Southbank Centre debut as part of the ‘SoundState” festival and is due to make his Wigmore Hall debut under their auspice.

He is a laureate of the Liszt International Piano Competition (UK) in 2018, EPTA Competition, Jock Holden Mozart Memorial Prize, Lamond Prize and a finalist in the Beethoven Society of Europe Piano Competition. His teachers have included Philip Fowke, Margaret Fingerhut, Aaron Shorr & Kathryn Stott and he received the Silver Medal Keyboard Award & the Weingarten Prize for Piano whilst at Trinity Laban. He has performed with orchestras across Britain including Trinity Laban Symphony, Cornwall Youth Orchestras, Dunblane Chamber Orchestra & BYO. He has made numerous festival appearances including St Endellion Festival & Stephen Montague’s Anniversary. Chosen as an Artist in Residence for Porto Piano Festival 2022 he will tour Spain later this year.

In a repertoire from Rameau to Boulez, Phillip’s interest in new music & creating innovative recital programmes has led him to give several world premiers. Having performed an anniversary recital in memoriam of Kenneth Leighton at the Reid Concert Hall in 2018, he performed his works on BBC Radio later that year championing his music which relieved high acclaim. His playing has been described as a ‘a tour-de-force’ - ESM, ‘vitality and youthful freshness’ - Fowke, ‘transparent passagework and clarity of expression’ - Frances Wilson.