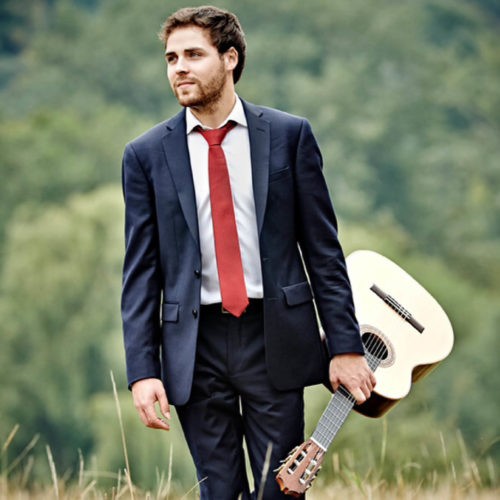 Ross Wilson graduated in 2015 from the Royal Conservatoire of Scotland with a Master of the Arts and a First Class Bachelor of Music with Honours under the tutelage of Professor Allan Neave.
During his years studying at the Conservatoire Ross performed regularly both as a soloist and as a chamber musician in various groups throughout the UK. From 2006-2010 he was a member of the National Youth Guitar Ensemble with which he performed at the North Wall in Oxford and the Bolivar Halls in London. As a soloist he has given recitals in Glasgow, Edinburgh, Isle of Cumbrae, Aberdeen, Paisley, Helensburgh, Ullapool and Leeds.
In 2012 he began collaborating with flautist Carina Gascoine and the two went on to form the Silverbirch Duo. In 2013 the duo successfully auditioned for Live Music Now Scotland and performed across Scotland including at the Aberdeen International Youth Festival and the Edinburgh Fringe Festival.
In 2012 Ross won first prize in the North East Guitar Society Award and in 2014 he won the Governor’s Recital Prize for Strings, the first guitarist to do so in twenty years. In 2016 he was a finalist at the Folkwang International Guitar Competition.
Ross continues to perform as a soloist and collaborate with other musicians, most recently in his guitar trio with colleagues Sasha Savaloni and Marco Ramelli.