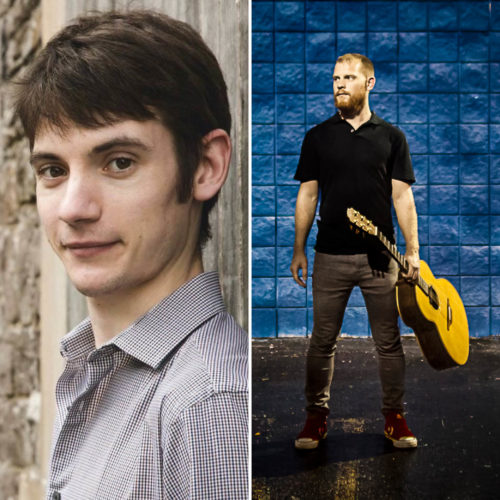 Ryan Young is an emerging young fiddle player from Scotland - one of a 'new wave' of young players bringing fresh and inventive ideas to traditional Scottish music. Ryan's sound is very distinctive and he always manages to take the listener on an adventurous and emotional journey in any performance. Ryan studied and graduated with a first class honours degree in Scottish Music from the Royal Conservatoire of Scotland and was awarded the Arthur Robertson prize for Scots fiddle playing. He has now also completed a Master's in Music, being awarded the highest possible mark for his final performance. Ryan is a two-time BBC Radio 2 Young Folk Award finalist, a Celtic Connections Danny Kyle Award winner and was as a finalist in BBC Radio Scotland Young Traditional Musician in both 2015 and 2016.

In 2016, at the MG Alba Scots Trad Music Awards 2016, Ryan was named 'Up and Coming Artist of the Year'. His debut album was released in 2017 and was recorded and produced by Jesse Lewis, a triple Grammy winner. Highlights for Ryan include playing alongside Dennis Cahill at Feakle festival in Ireland and sharing a stage with Martin Hayes at Celtic Connections 2017.

Seán Gray is a guitarist, flute player and singer from the village of Coylton in the south west coast of Scotland.

For the past 10 years, Seán has spent most of his time playing with the award winning Paul McKenna Band who were cited by The New York Times as: “The best folk band to have come out of Scotland in the last twenty years”

In 2017 Seán was commissioned to write a piece for the highly respected New Voices concert series at the Celtic Connections festival held in Glasgow called ‘The Hammering Tongue’. The commission involved collaborating with Lallans Scots poet, Rab Wilson of New Cumnock, Ayrshire.

He is currently in high demand as a music teacher and session musician, playing with a variety of acts across the world including The Paul McKenna Band, The Outside Track, Shane Cook, Caroline Keane & Tom Delany and The Treacherous Orchestra to name but a few.