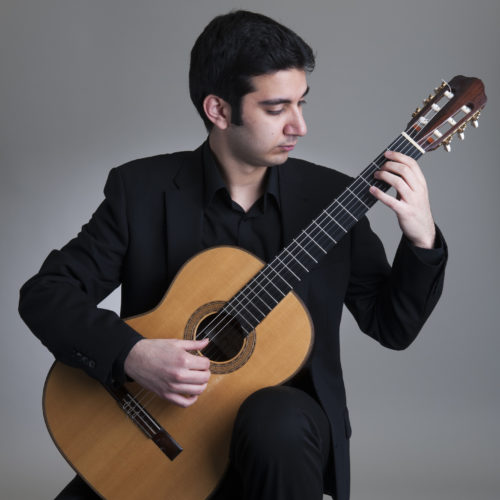 He has performed as a soloist with orchestras such as the Royal Scottish National Orchestra and the European Union Youth Orchestra. He has also performed and given interviews for BBC Radio Scotland’s Classics Unwrapped programme.

Sasha has won numerous awards and prizes; including first Prize at the Sevilla International Guitar Competition (2018). In 2015 Sasha was also awarded the Second Prize, the Audience Award and Prize for the Best Performance of the Contemporary Work at the Miguel Llobet International Competition in Barcelona.

Sasha is a Park Lane Group (2019) and also a Live Music Now Scotland artist (2018). As a LMNS artist he has performed in care homes across Scotland as well as venues such as the National Galleries of Scotland and Holyrood Palace.

Sasha is currently pursuing a Doctoral degree at the Royal Conservatoire of Scotland focusing on performance of Schubert’s music on guitar.