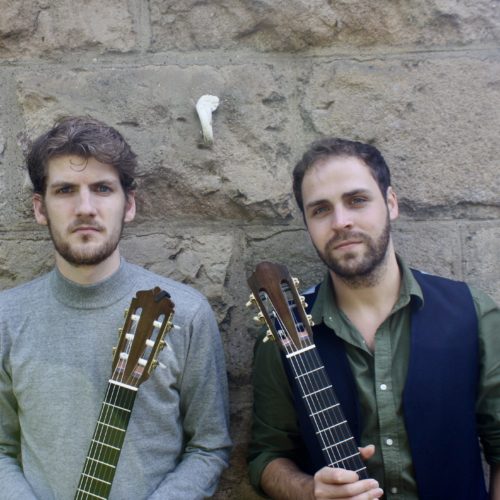 The Wilson-Dunsmore Duo is comprised of classical guitarists Ross Wilson and Lewis Dunsmore. The pair met whilst studying at the Royal Conservatoire of Scotland and began collaborating in 2016 making their debut performance together at Greyfriar’s Kirk, Edinburgh, in January 2017.

The duo performed across the Scottish Highlands in a short tour in August 2017 featuring at venues such as the National Trust’s Inverewe Gardens and Inverness Cathedral. Since then, they gave a recital as part of the Glasgow Cathedral Festival and successfully auditioned for Live Music Now Scotland.