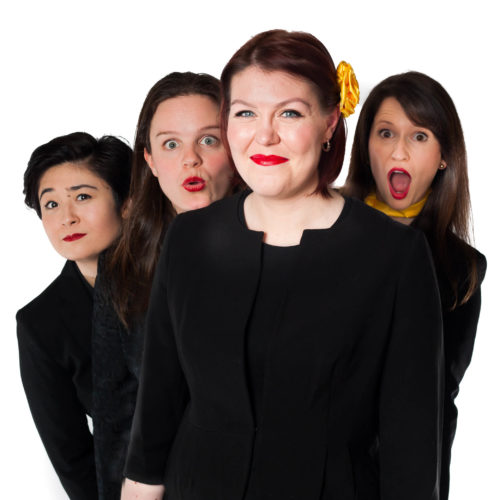 The All Sorts were born in the back of a car, founded by four touring opera singers who simply wanted an excuse to hang out more. They began their closely harmonising adventure in late 2017. Sarah, Jane, Grace, and Barbara decided to “give the a cappella thing a try” and discovered they were rather good at it! They came together to form a group which could perform all musical styles: from opera to motown and Lieder to Disney, combining classic barbershop and classical arrangements. They featured in the 2019 Christmas day episode of Woman's Hour on BBC Radio 4. Since joining LMNS in 2018, The All Sorts have performed in several concerts for the group, including the Witherbys Arts Festival and the Christmas at Home Series.