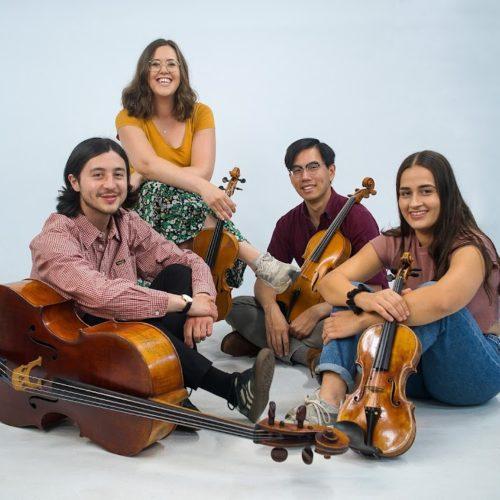 The Glasgow-based Resol String Quartet was founded in 2018 and consists of Maria Vila Ariza (25) Violin I, Annabel Kidd (25) Violin II, Raphael Chinn (25) Viola, and Alasdair Morton-Teng (24) Cello. The classical quartet formed through their mutual desire to share music with others at the Royal Conservatoire of Scotland, and each member holds both a master's degree as well a bachelor's degree in performance.

They represented Scotland’s national conservatoire at Wigmore Hall in 2021 at the CAVATINA Competition at which they were awarded both the First Prize and the Audience Prize. Since graduating, they have made their Perth Concert Hall and Conway Hall debuts, have performed live on BBC Radio Scotland, and have begun to perform regularly throughout Scotland and the greater UK.

The ensemble is thrilled to be a part of Live Music Now Scotland because they believe chamber music is a terrific way to have a positive influence on every person they encounter. The ensemble is dedicated to making classical music accessible to everyone, believing that performing to smaller audiences in intimate settings is just as if not more meaningful than performing in large concert halls.